Charcoal is produced when a biomass is heated at a temperature over 450°C with limited available oxygen. Traditionally it has been used as fuel and can be activated to work as an effective filter. Biochar is simply charcoal that has been produced with the intent to improve soil qualities by acting as a filter, increasing water holding capacity and increasing microbial activity.

﻿Chitin can be found in the exoskeleton of anthropods and the cell walls of fungi. The Chitin in our Soil and Microbe Booster comes from the exoskeletons of the black soldier fly larvae that are shed during the production process. Chitin can help defend plants from pathogens and promotes the populations of microorganisms that consume pathogenic microbes, like those that cause root rot. Chitin has also been linked to the higher capture of atmospheric nitrogen and improved plant performance. Furthermore, studies have found that exposure to chitin in plants increases the expression of genes involved in the resistance of phytopathogens.

Thank you for submitting a review!

Your input is very much appreciated. Share it with your friends so they can enjoy it too! 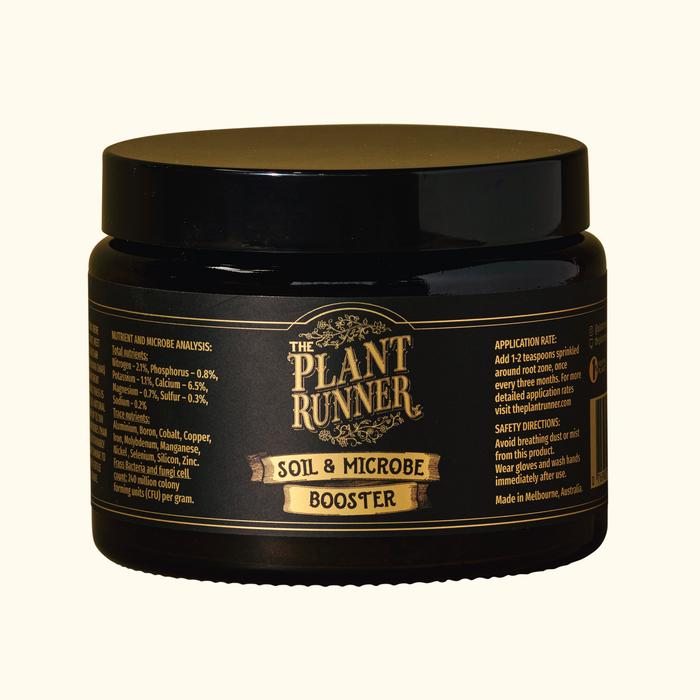 Noticeable new growth within a week. sickly plants perked up in a week. would love to have in larger size bags as i adore this produce. perfect for gifting but home use I would love larger. guys are great to work with very personal service. many thanks.

Wow what a tonic !

Love this product does all it say it will